It is not realistic to manually create JSON schema. It is something used by the system, there are aspects which are difficult to understand how to write, and it is bothersome to describe things such as the validation conditions.

This is why JSON schema generation software and libraries are so useful. They are available for all types of programming languages, making it easy to choose the one that suits you. 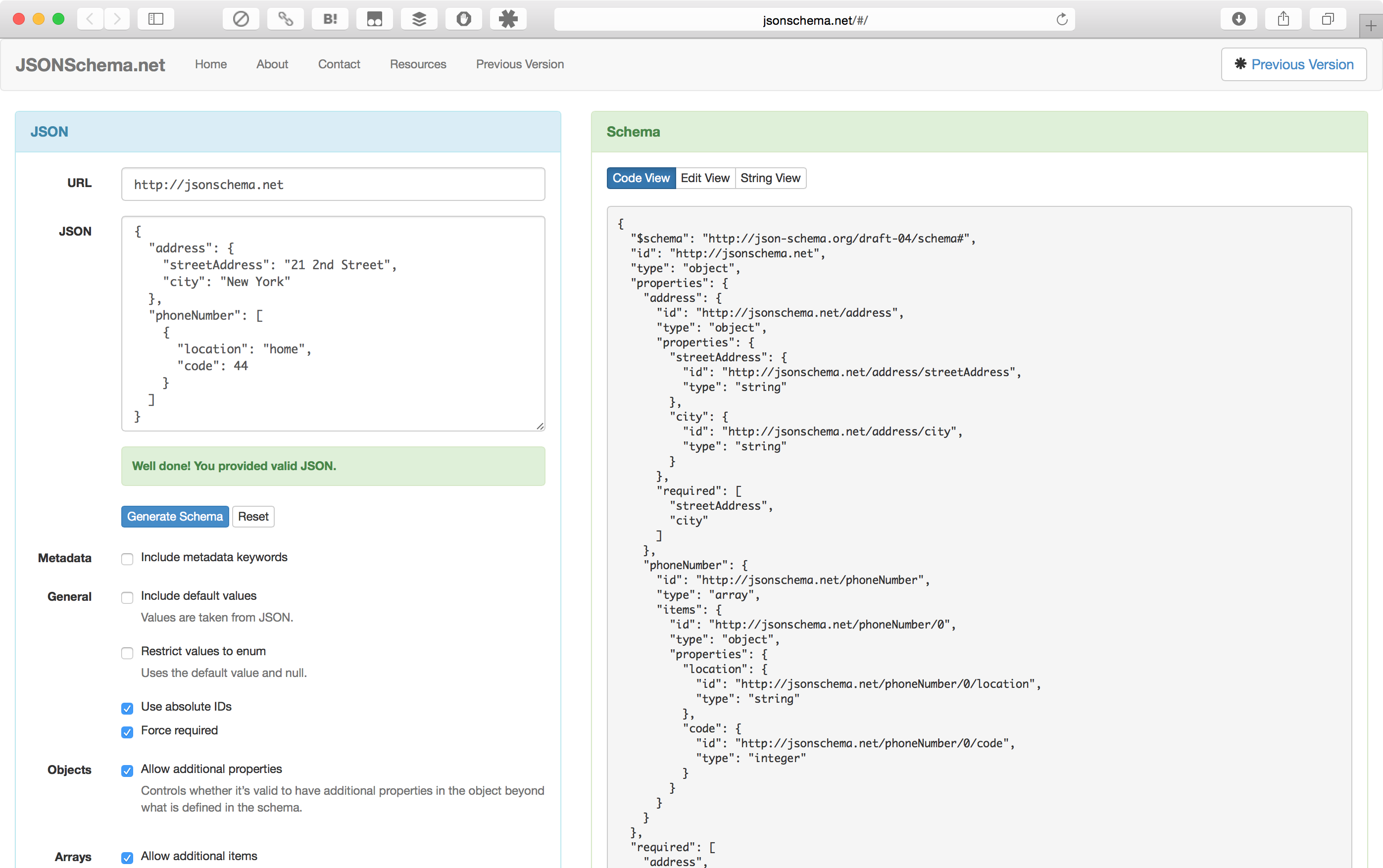 JSON schema generators can be used to edit JSON schema within your web browser. In addition to over settings, it is possible to visually execute validation settings for all items individually.

The result is a one-line JSON string, meaning that it can be used directly in your development. 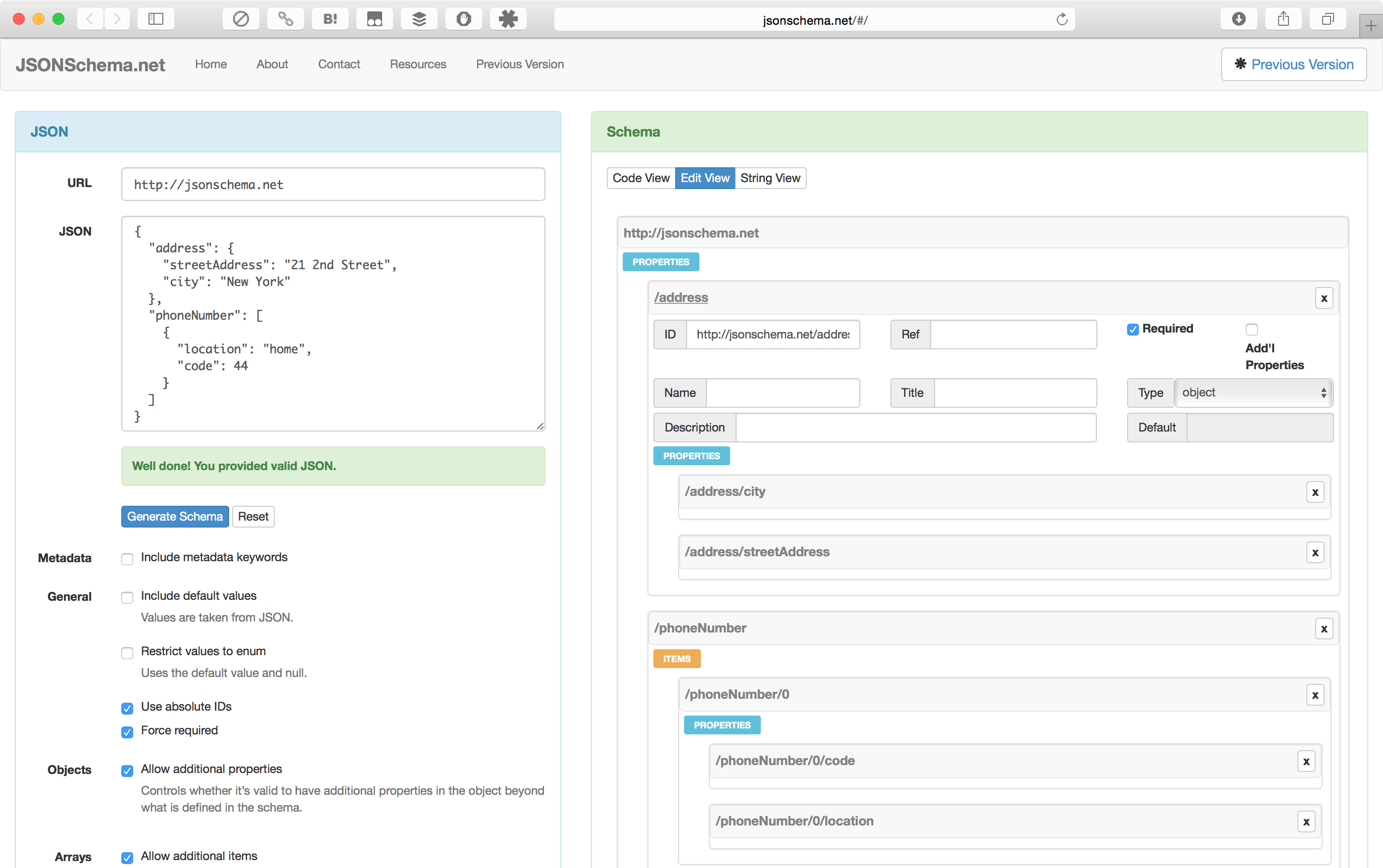 This software is developed by Node.js library defines the JSON format in a highly legible way. Converting it with the JSON schema generator command will turn it into a JSON schema.

Doing things in this way is significantly less work than manually constructing a valid JSON schema.

The Node.js library, in the same way as the Python library described above, reads a JSON file and outputs a JSON schema. In addition to JSON schema it is also compatible with Mongoose schema.

This is a library that can be used with Visual Studio 2013 Update 2. Specify the JSON file and select Generate JSON Schema from the context menu.

This is a JSON schema generator which uses Jackson (a Java JSON library). Specify the Java object and then convert that property into JSON schema. This could be used when you want to change a system which is actually operating to a JSON schema. 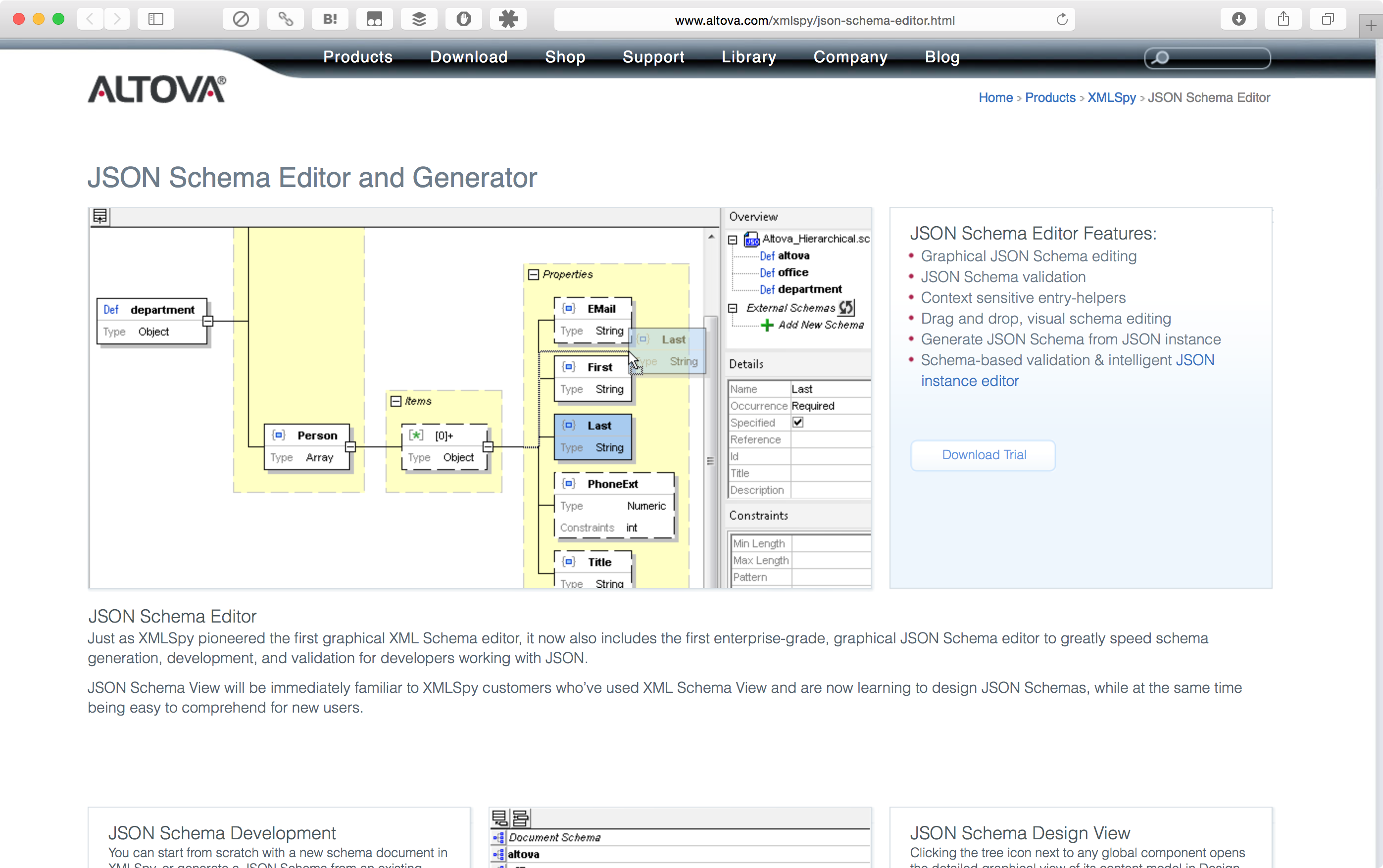 This is available as software for Windows. The JSON can be defined visually and validation can be specified in fine detail. This appears to be very usable, with features includes drag-and-drop structure editing.

Installation makes it possible to use the json-schema-generator command. As an option it is possible to specify the schema version.

This is a PHP library. It can be installed using composer. It is not used through commands but rather is used by being embedded with the system.

This is a library for Perl. It is made for generating hash-based JSON schema.

This is a library that can convert Go objects to JSON schema. All properties can be defined and required conditions can be described. It is necessary to describe validation separately.

It appears that libraries can be used even with systems that are already running. Note, however, that you will need to have detailed validation settings. The visual editors could be used right from when thinking about specifications.